Face-to-face classes in Philippine schools have been temporarily banned due to the effects of the new coronavirus, with schools making independent decisions regarding countermeasures until a vaccine is out in the market. In order to bring the fun of science and research to Filipino youth, Leave a Nest held its first online experiment workshop between Japan and the Philippines.

The workshop with the theme “A new perspective: amazing science with stuff around you”, involved DNA extraction experiments using objects that can be commonly found in Filipino households. Tools that were used during the workshop included plastic bottle caps, plastic cups, salt, water, and isopropyl alcohol, all of which are found in the students’ vicinity. Participants performed DNA extraction from bananas and from their own saliva, observing afterwards the extracted DNA floating in a thread-like form in the alcohol.

A total of 10 students from 8 households joined. The students were diverse, with year levels ranging from elementary until even university level, and everyone living in different parts of the Philippines. After a preliminary meeting to check their internet connection and to confirm whether their materials were complete, the workshop was conducted with either the consent or the accompaniment of their parents (if the participant is too young).

Pre-check for internet connection and materials 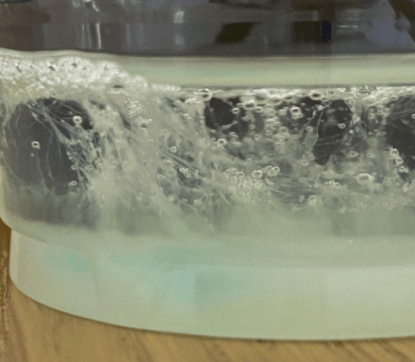 The main lecture was done by Dr. Yevgeny Dulla, the only Filipino science bridge communicator in Leave a Nest, and he previously obtained his PhD in pharmaceutical sciences in Japan. The whole class was divided into three groups and each group was guided by Leave a Nest Science Bridge Communicators who are fluent in English, showing each student how to perform the experiments and supervising them while they carry it out themselves.

The participants were not only amazed at being able to extract DNA using everyday things, but also enjoyed the communicators' ability to draw out the participants' individual interests. One participant commented, “I thought that I would feel intimidated by you who are scientists, but everyone was so down-to-earth and the explanations were so easy to understand that I began to enjoy science even more!” or “This workshop made me want to study in Japan even more!”. 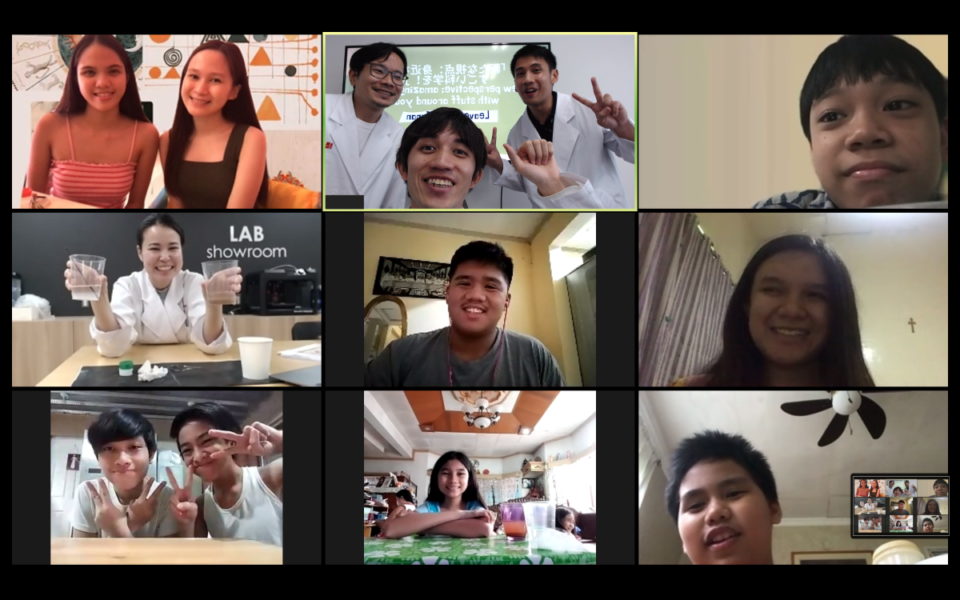 Screenshot of all the participants

Leave a Nest will continue to organize experiment workshops to connect children in the Philippines and Southeast Asia with Japanese scientists and companies. With the vision of “advancing science and technology for global happiness”, this allows the blossoming of future R&D scientists in Southeast Asia.

This is a great opportunity for Japanese universities and other higher education institutions, and companies with cutting-edge technology, to market their organizations and gather future colleagues.

Please feel free to contact Yev or Maeda ([email protected]) from the Education Development Division if you are interested in this service.

Students charge up in TSUNAGU 2022 Icebreaker and Science Experiment Workshop!

An Opportunity to Explore Degree Programs Before College: Yugto x Aggies by Leave a Nest Philippines

Future EBI agents in the making; great success of the ONE-EARTH science workshop in collaboration with Dr. Suzuki from Euglena Co., Ltd.

Thank You For Making GREAT TEACHER SEMINAR 2021 a Great Success!

Announcing Great Teacher Seminar 2021: Adapting to Changes in Education Due to Pandemic