Mr. Shohei Michael Maekawa, Director of Leave a Nest Singapore was recently invited to speak at The 25th AUN/SEED-Net Steering Committee Meeting & The 6th Working Group Meeting. This meeting is usually held twice a year, however this year it was combined into one big event. The event was held at The Sukosol Hotel in Bangkok on the 19th of July 2019. The event was attended by not only the head of the committee for each member country, but also other distinguished guests in the academia and research sector such as Principal Investigators in the Engineering field as well. A total of approximately 100 people attended the event.

The meeting was a full day event, and it was separated into a total of 5 main segments:

1. Opening ceremony
2. Report on on-going activities of Phase 4
3. Collaboration with other institutions
4. Building the network beyond ASEAN
5. Closing ceremony 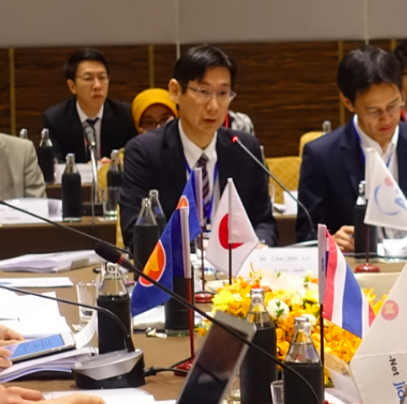 Throughout the second segment, the representatives of various universities from ASEAN took turns to give a report on their current and future progress and activities. They also shared on their various achievements as well as concerns, lesson learned or challenges that they have or are still facing. 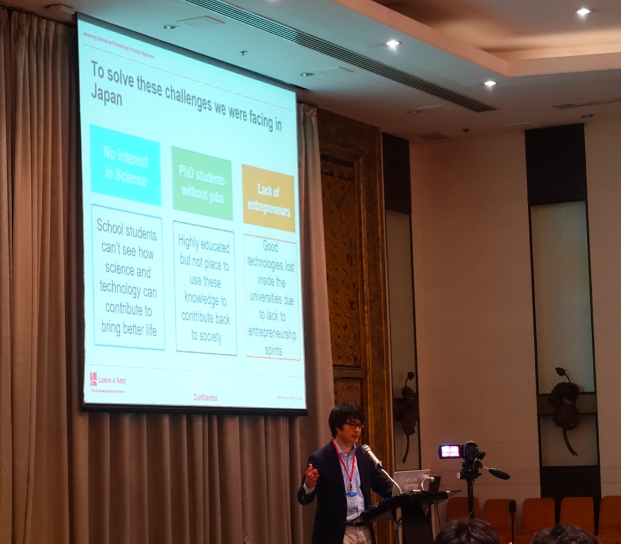 In the third segment, various external collaborative institutions took turns to present and share about what they do and the activities they conduct. In this segment, Mr. Shohei Maekawa, Director of Leave a Nest Singapore gave a 20 minute presentation introducing Leave a Nest and the various activities and support it gives to researchers and startups.

In the fourth segment, representatives of several other institutions working outside the ASEAN region such as the Egypt-Japan University of Science and Technology (E-JUST) gave a presentation highlighting the activities that are happening in their institutions. 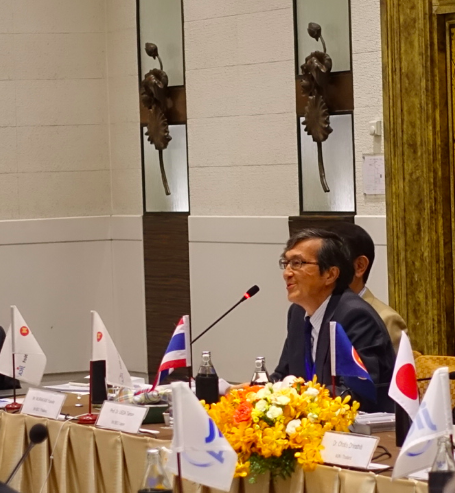 At the end of the event, Prof. Dr. Ueda Tamon, Chief Advisor/Acting Executive Director AUN/SEED-Net Secretariat, JICA Project for AUN/SEED-Net, delivered the closing address to conclude the meeting. He encouraged the members of the committee to continue to work together and strengthen the education and research in ASEAN region. Leave a Nest will also continue to collaborate closely with AUN/SEED-Net and its members to further strengthen the region through our programs such as TECH PLANTER by helping researchers in ASEAN commercialize their research and bringing change to the world through Science and Technology.

About JICA and AUN/SEED-Net

JICA started AUN/SEED-Net project in 2003 with a clear vision to strengthen the engineering education and research in the ASEAN region by establishing a network among the leading institutions in the region and Japan. It faced many difficulties in its initial operations, and it had to spend a long time to get strong support from the various stakeholders. After 16 years, the network has established relations with 26 ASEAN universities, 14 Japanese universities and various industries to provide quality education and research which has attracted many students and researchers in the region. Now, under its 4th phase since March 2018, it focuses on deepening its activities by launching the new Collaborative Education Program (CEP) that further strengthens the education and research capacities of leading higher education institutions in engineering in the region.

My name is Kouichi Maki. After obtaining my Diploma in Biomedical Science, I went to South Australia to study and got my Bachelors degree in Animal Science. After that went on to do another year of honours and graduated with a First Class honours. Throughout the years I developed an interest in Science and Education. Now, I am working in Leave a Nest in Singapore to expand Science and Education not only locally, but also to other parts of South-East Asia.

TECH PLAN DEMO DAY in VIETNAM 2020 Will Be Happening on This Saturday Online!

Congratulations to Winners of TECH PLAN DEMO DAY in MALAYSIA 2020!

TECH PLAN DEMO DAY in MALAYSIA 2020 is Happening This Weekend

TECH PLAN DEMO DAY in THAILAND 2020 Will Be Happening on This Saturday Online!